I read cookbooks like novels. A good cookbook takes you on a magic carpet ride into someone else’s kitchen “chapel,” invites you to peek into their spice cabinets, and eavesdrop on intimate conversations that ensue around their tables. There are stacks of cookbooks scattered all over my kitchen–French, Italian, Vegetarian, and even one all about chocolate! Some of the authors are ambitious with their ingredients and techniques, others are more interested in the memories behind the recipe for a chocolate soufflé or a simple chicken soup, and then there are those, like me, gypsies tied in aprons, who view the ministrations of cooking as a love language.

I would like to share a couple of cookbooks that I relish. You would know them by their sticky pages, water stains, dog ears, and the faint scent of ancient pesto smeared on page 89!

A Kitchen in France, A Year of Cooking in My Farmhouse by Mimi Thorisson: I don’t know where to begin except to say that beautiful Mimi, the chef, is living out one of my dreams. One day in late Autumn she left the city, boarded a ferry with her five children, three dogs, and wildly talented photographer husband, and moved into an old farm house with a large kitchen near Bordeaux. The cookbook follows their first year in the country. The recipes are divided among the seasons and are daring and “very” French. The pictures are lush and send your heart dreaming for lavender fields and truffle hunts. She also does a blog, Manger, that is a weekly treat! 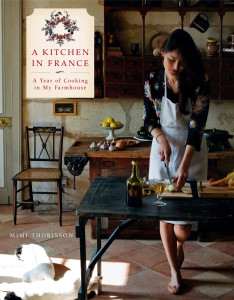 Share, The Cookbook that celebrates our common humanity with a foreword by Meryl Streep: One of my best friends recently left this cookbook leaning against my front door. She knows my heart so well. All the profits from this venture go directly to Women for Women International. WfWI works with women in Afghanistan, Bosnia, the Congo, Iraq, and many other countries where war and conflict have devastated communities. In a world where 70% of those living on $1 a day are female, this brave organization empowers women, many who have been raped, lost children to starvation, and are widowed by raids and wars, to support themselves. They have helped over 400,000 women receive business and vocation skills and seed capital to start their own local business. If this isn’t a reason to buy the cookbook, then check out the recipes from the likes of Alice Waters, Annie Lennox, Paul McCartney, Trudie Styler, Robin Wright Penn, and so many others who believe in this organization. The cookbook is stellar with beautiful recipes that favor fresh ingredients, simple preparation, and healthy food for the people we love!

Barefoot in Paris by Ina Garten: Who doesn’t love the Contessa?

The cookbook introduction begins, “It all started with a dress. When I was three years old, my grandparents went to Paris and brought me back a ruffly party dress that we called my Paris dress. I didn’t know where Paris was, but I couldn’t wait to get there.”

It’s hard to believe that in another life Ina worked in the White House, yes, on the President’s nuclear energy policy.

I first met Ina at her store, The Barefoot Contessa, in East Hampton. It was a “foodie’s” heaven with Coconut cupcakes, olive bread, beef bourguignon, oatmeal raisin cookies the size of your hand, raspberry tarts, and an endless supply of chocolate croissants. She would go on to write nine cookbooks, anchor a cooking show from her barn, and buy her dream apartment in Paris. I have all her cookbooks, but I favor Barefoot in Paris because she debunks the myth that French food is fancy, sauce heavy, and best left to Michelin-starred chefs. I savor her stories of the French markets, visiting the Barthelmy cheese shop, the best Boulangeries, and wine shops. Her recipes are accessible and always turn out! Her take on the French staple of Salmon with lentils is served weekly around my table! 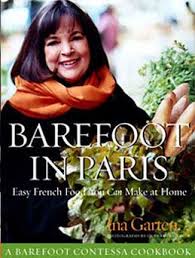 My New Roots by Sarah Britton: I discovered this chef on a Ted talk. Later I would use her recipe, “The Life-Changing Loaf of Bread” as my first entree into bread-making. Sarah Britton is a holistic nutritionist by trade who discovered that food heals. She confesses that she grew up on the standard American fare of mac&cheese, hot dogs, and Little Debbie’s. But then she had a revelation while working on an organic farm in Arizona. She said, “I was a sugar addict, overfed and undernourished, and never really considered what I ate.” Her life would take her to Copenhagen (she fell in love with a Dane!) where she began a wildly successful blog on cooking healthy, delicious, and healing recipes. The cookbook makes you want to throw your hair up in a bun, plant a seed, watch it grow, and then prepare something really beautiful and nourishing for the people you love. 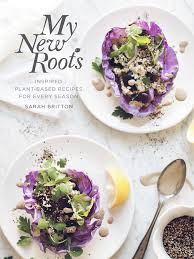 If you think about it a cookbook is really nothing more than a tribute to one’s love of food, relished memories of time spent around the table, and thoughtfully curated meals where we have laughed, cried, and been nourished at a much deeper level than our bellies.

I want to write a cookbook!