Here is a motley crew of book suggestions for your Summer reading pleasure! I have spent some luxurious summer hours perusing Indigo Books on Kiawah Island and Parnassus Books here in Nashville to find this eclectic mix of books to take out West with me next week! Maybe one of these will grab your attention too!

1. Hunting and Gathering by Anna Gavalda: Prize-winning author Anna Gavalda has galvanized the literary world with an exquisite genius for storytelling. Here, in her epic new novel of intimate lives-and filled with the “humanity and wit” that has made it a bestselling sensation in France-Gavalda explores the twists of fate that connect four people in Paris. Comprised of a starving artist, her shy, aristocratic neighbor, talented roommate chef, and a neglected grandmother, this curious, damaged quartet may be hopeless apart, but together, they may just be able to face the world. The characters are a motley assortment of wounded souls brought together to heal one another. 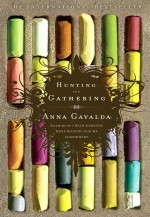 2. Possession by A.S. Byatt: Winner of England’s Booker Prize and the literary sensation of the year, Possession is an exhilarating novel of wit and romance, at once an intellectual mystery and triumphant love story. It is the tale of a pair of young scholars researching the lives of two Victorian poets. As they uncover their letters, journals, and poems, and track their movements from London to Yorkshire—from spiritualist séances to the fairy-haunted far west of Brittany—what emerges is an extraordinary counterpoint of passions and ideas.

3. Cinnamon and Gunpowder by Eli Brown: The year is 1819, and the renowned chef Owen Wedgwood has been kidnapped by the ruthless pirate Mad Hannah Mabbot. He will be spared, she tells him, as long as he puts exquisite food in front of her every Sunday without fail. To appease the red-haired captain, Wedgwood gets cracking with the meager supplies on board. His first triumph at sea is actual bread, made from a sourdough starter that he leavens in a tin under his shirt throughout a roaring battle, as men are cutlassed all around him. Soon he’s making tea-smoked eel and brewing pineapple-banana cider. But Mabbot—who exerts a curious draw on the chef—is under siege. Hunted by a deadly privateer and plagued by a saboteur hidden on her ship, she pushes her crew past exhaustion in her search for the notorious Brass Fox. As Wedgwood begins to sense a method to Mabbot’s madness, he must rely on the bizarre crewmembers he once feared: Mr. Apples, the fearsome giant who loves to knit; Feng and Bai, martial arts masters sworn to defend their captain; and Joshua, the deaf cabin boy who becomes the son Wedgwood never had. Cinnamon and Gunpowder is a swashbuckling epicure’s adventure simmered over a surprisingly touching love story—with a dash of the strangest, most delightful cookbook never written.

4. Living Buddha, Living Christ by Thich Nhat Hanh: Buddha and Christ, perhaps the two most pivotal figures in the history of humankind, each left behind a legacy of teachings and practices that have shaped the lives of billions of people over two millennia. If they were to meet on the road today, what would each think of the other’s spiritual views and practices? In this classic text for spiritual seekers, Thich Nhat Hanh explores the crossroads of compassion and holiness at which the two traditions meet, and he reawakens our understanding of both. 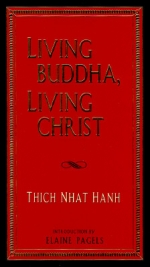 5. House of Spirits by Isabelle Allende: In one of the most important and beloved Latin American works of the twentieth century, Isabel Allende weaves a luminous tapestry of three generations of the Trueba family, revealing both triumphs and tragedies. Here is patriarch Esteban, whose wild desires and political machinations are tempered only by his love for his ethereal wife, Clara, a woman touched by an otherworldly hand. Their daughter, Blanca, whose forbidden love for a man Esteban has deemed unworthy infuriates her father, yet will produce his greatest joy: his granddaughter Alba, a beautiful, ambitious girl who will lead the family and their country into a revolutionary future. 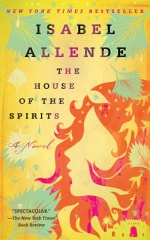 6.The Illusion of Separateness by Simon Van Booy: In The Illusion of Separateness, award-winning author Simon Van Booy tells a harrowing and enchanting story of how one man’s act of mercy during World War II changed the lives of strangers, and how they each discover the astonishing truth of their connection.Whether they are pursued by Nazi soldiers, old age, shame, deformity, disease, or regret, the characters in this utterly compelling novel discover in their, darkest moments of fear and isolation that they are not alone, that they were never alone, that every human being is a link in an unseen chain. 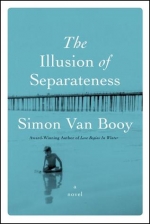 7. French Leave by Anna Gavalda: A charming adventure that tells the story of four siblings in search of the happiness they knew as children and the bonds that once united them. The four meet at a chateau in the enchanting countryside of Tours, France. For a few hours they forget about marriage, children, work, and the demands of adulthood and lose themselves in a day of laughter, teasing , and memories. Light-hearted, tender, and funny, a parable on escaping the past to find the future.

P.S. You can click on the image and purchase or happily support your local bookstore!